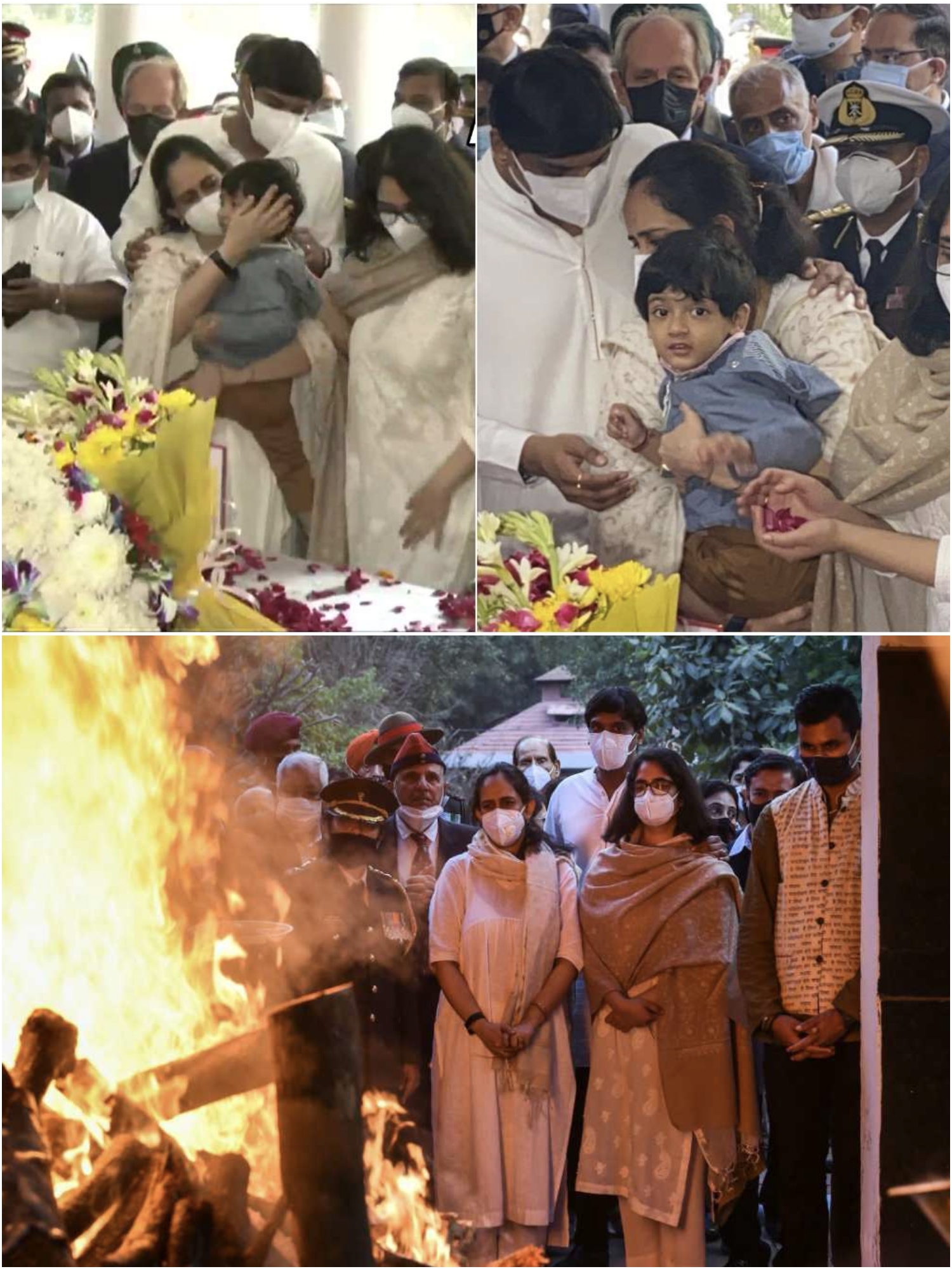 Farewell to Bipin Rawat with tears