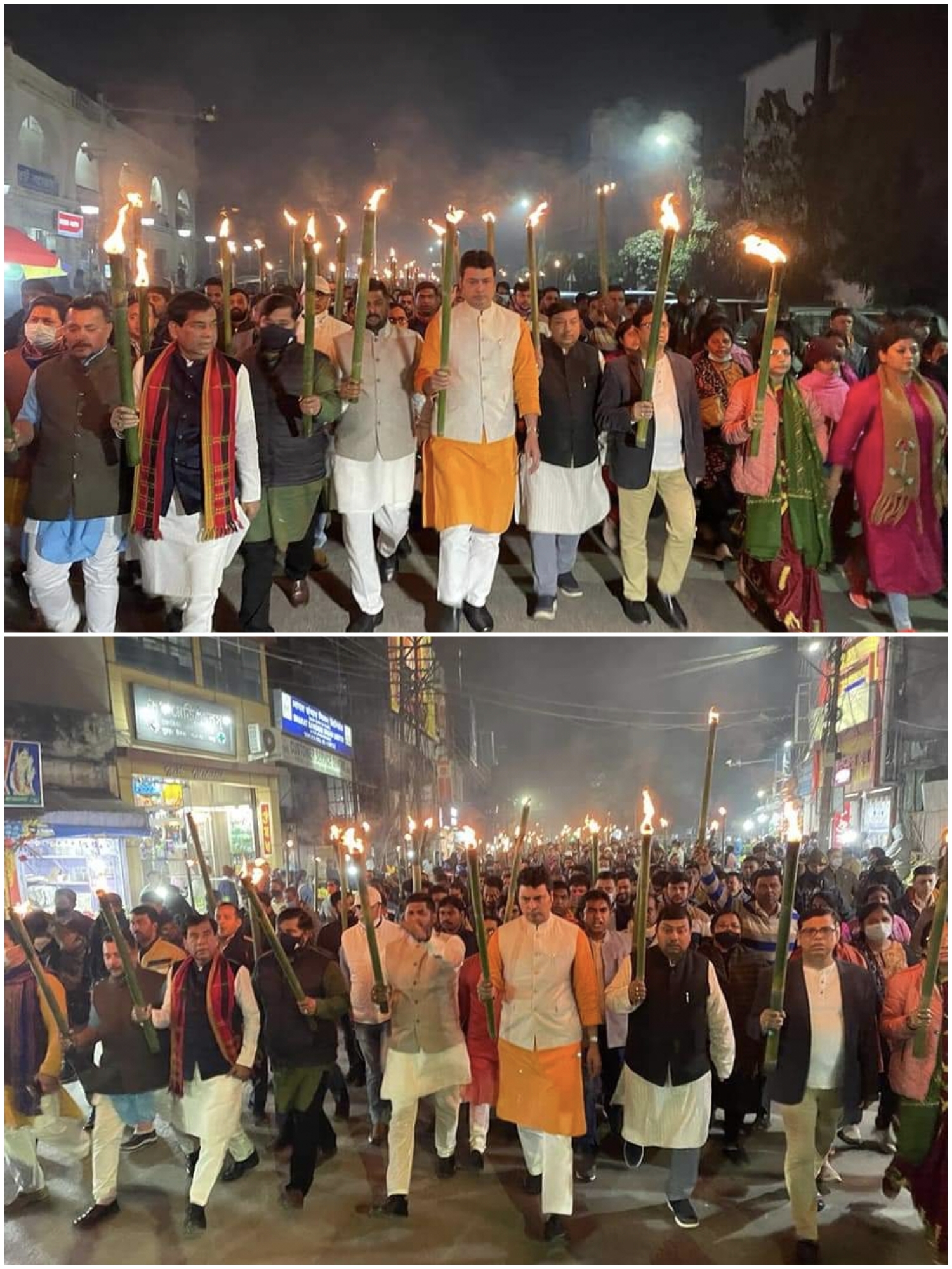 BJP organised Mashal Michil all over the state

Agartala: Jan 06: Protests are going on across the country over the Prime Minister's convoy being stuck in a flyover during its visit to Punjab. As part of this, a huge torch procession was organized by the Bharatiya Janata Party at around 6:30 pm on Thursday. A ‘Mashal Michil’ led by Chief Minister Biplab Kumar Deb. Speaking with the media Chief Minister said that today's torch procession was a protest against the way the Congress-ruled Punjab government and its followers have conspired to assassinate the Prime Minister. They tried to create hurdles on the way of developmental thinking of Prime Minister Narendra Modi to take the country forward. Moreover, 1.3 billion Indians will not forgive them for this heinous act. Ministers, MLAs and others also present at today’s procession. On the other hand, BJP comes out with a huge torch procession on the initiative of Teliamura Youth Front Mandal. The procession was led by Mrs. Kalyani Roy, Chief Whip of the State Legislative Assembly. The procession started from the BJP Teliamura Mandal office, went around the city and ended at Ampi Chowmani. There, the activists of the Youth Front burnt the puppets of Sonia Gandhi and Rahul Gandhi. Later, the legislator said that the Punjab government had done a heinous act by forgetting the rules and regulations of the constitution, which the people could not accept. That is why BJP Youth Front workers are staging protests all over the country. As part of this, the activists of the Youth Front staged a torchlight procession in Teliamura on the instructions of the state BJP office.