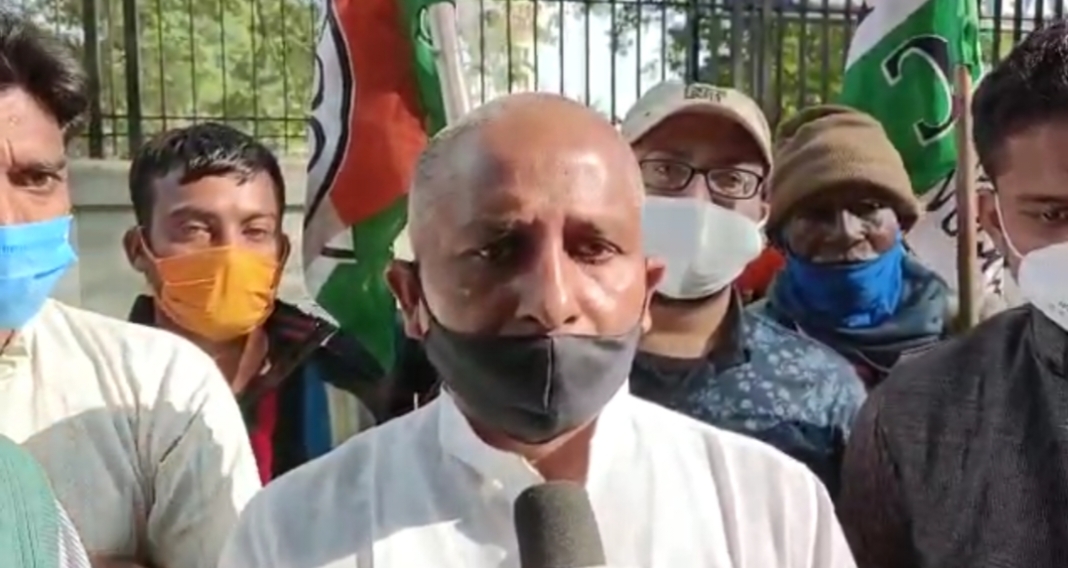 Agartala Jan 05: Finally, Ashish Das, MLA of 46 Surma Assembly constituency, was suspended as MLA by the Speaker. The decision was announced by Speaker of Lagislative Assembly Ratan Chakraborty at a press conference in the Assembly on Wednesday. He said that for the last several months, Chief Whip Kalyani Roy had brought to the notice of the Legislative Assembly the issue of conduct and anti-party rhetoric of MLA Ashish Das and his public participation in a other political party. She submitted a petition. The decision was taken by the Speaker of the Legislative Assembly after long deliberations and discussions. Considering the various aspects of the constitution, 46 Asma Das, MLA of Surma Assembly constituency, declared the post of MLA as inappropriate. Speaker Ratan Chakraborty further said that the letter of dismissal of his MLA post will be sent to the Election Commission later. The Election Commission will take the next decision in this regard considering the manner in which the elected representative has lost his eligibility. Meanwhile, the issue of MLA Brishketu Debbarma is also being looked into, said the principal. However, the issue of two MLAs is not the same. Even after being elected as the MLA of a party, Ashish Das has been carrying arrogant messages, conduct and standing on the platform of a political party, taking part in various programs directly. So this decision has been made. These will be considered by the Election Commission. Ratan Chakraborty, the Speaker of the Legislative Assembly, made it clear that this would not be pleasant for Ashish Das. As soon as this decision is taken, Ashish Das will have to withdraw all his privileges as MLA, said Speaker Ratan Chakraborty. He also said that gadget notification will be issued on this day. Copies of this decision have been sent to the National Election Commission and the State Election Commission.