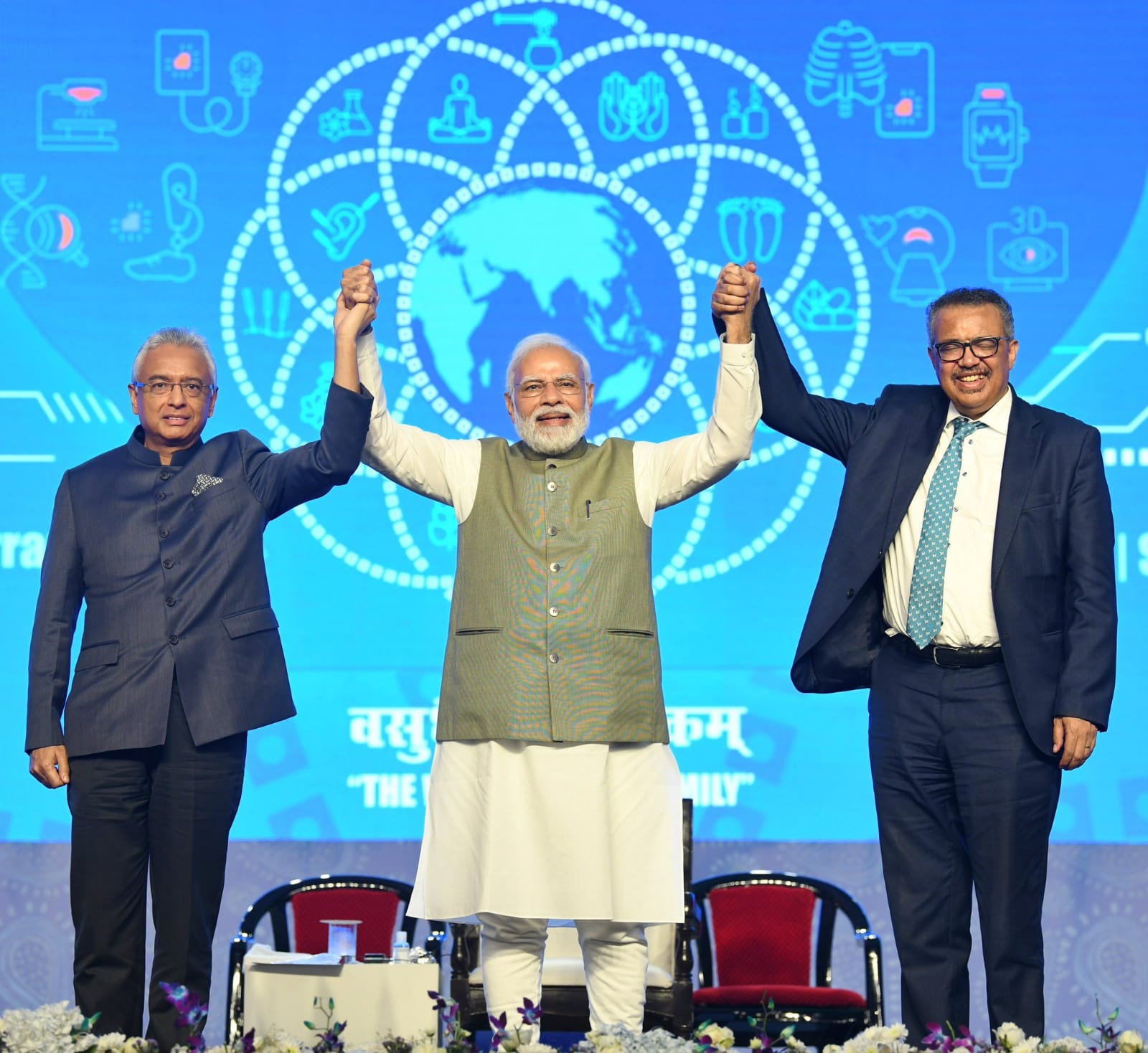 PM lays the foundation stone of WHO Global Centre for Traditional Medicine in Jamnagar.