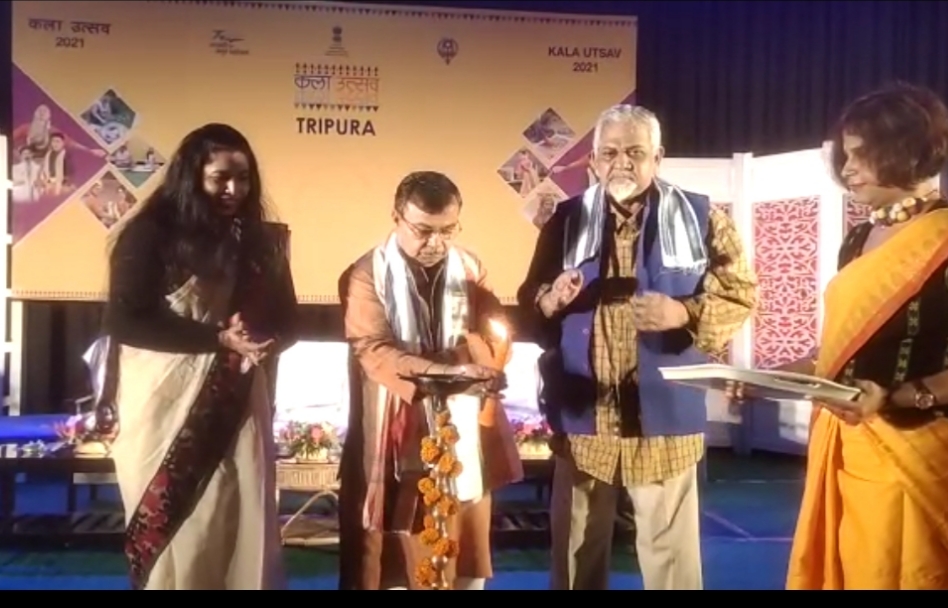 Agartala: Dec 06: The state based art festival has started from Monday with the aim of developing art consciousness and aesthetic sense among the students. Education and Law Minister Ratan Lal Nath inaugurated the state-based festival at Muktadhara Auditorium. Prof. Arunodaya Saha, Chairperson, Tripura State Higher Education Council; State Education Project Director Chandni Chandan and others were present today. The two-day festival was attended by 144 students from six districts of the state. The competition is being held in nine categories in the state based art festival. These are vocal music, classical, traditional folk music, instrumental music, dance, two-dimensional painting, three-dimensional painting and sculpture, making toys with innovative ideas. The art festival was started by Prime Minister Narendra Modi in 2015. This nationwide art festival is now being held. Many eminent people are established in the country and abroad through their arts. The winners from Offline School to district level competitions are taking part in this state level art festival. The state level winners will take part in the national level art festival. However, the competition at the national level will be online. The state government has given utmost importance to education keeping in view the dream of building a better Tripura. Minister Ratan Lal Nath said that the state government is committed to bring about a radical change in the field of education and to promote quality education as a whole.