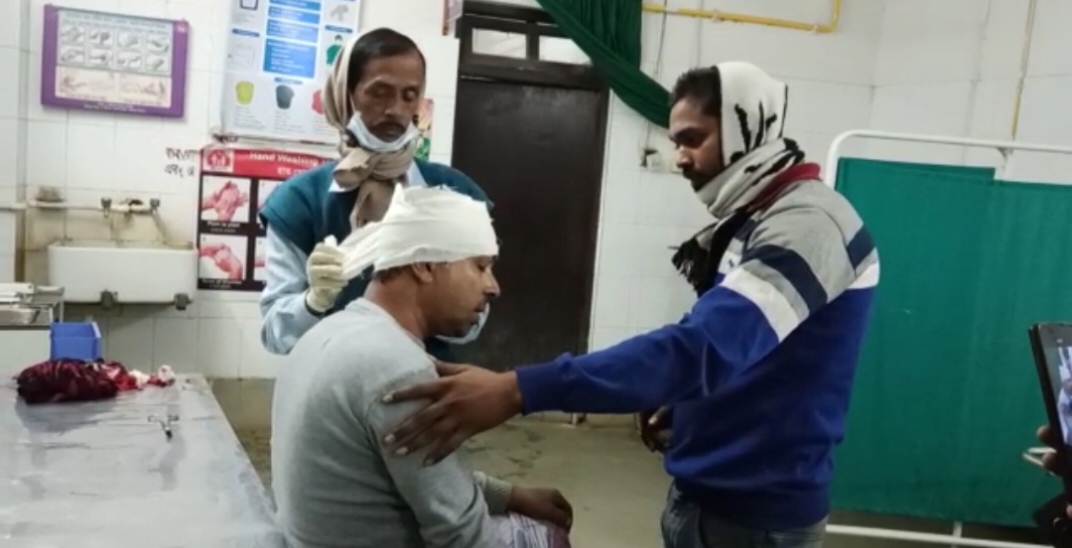 Agartala: Dec 24: BJP leader Akhter Hossain is undergoing treatment at GBP Hospital with six stitches on his head, for being a judge in an arbitration meeting.At least five others were injured in the clashes on both sides. The incident took place on Thursday night in West Lakshibil area under Bishalgarh police station. According to the details of the incident, Jamal Miah of Murabari area in Bishalgarh West Lakshibil had been having trouble with his wife for a long time.On Thursday, Jamal's wife and father-in-law went to Akhtar to hold an arbitration meeting to resolve the issue. Akhter Hossain is the former district secretary of the BJP's minority front in Sepahijla district. After receiving a complaint, Akhter Hossain went to solve the issue, Jamal slapped him on the cheek.Although there was some trouble that time, Akhter went home later.It is learned that in the evening Jamal went to Akhtar's house with some of his relatives to apologize.The situation became more heated there. Allegedly, the quarrel started there first and then it turned into a scuffle.Akhter Hossain, his wife and nephew Azad Hossain were attacked, Jamal alleged that Jamal Hossain's father Naib Ali and his mother Jahanara Begum were also injured during the clash.After being brought to Bishalgarh Hospital at night, Akhter underwent six stitches on his head.He was later referred to GBP Hospital. Naib Ali and Jahanara Begum came to Bishalgarh Sub-Divisional Hospital on Friday morning for treatment. The police rushed there at night and arrested a young man named Jahangir Hossain and took him to the police station. In fact, the situation became normal.